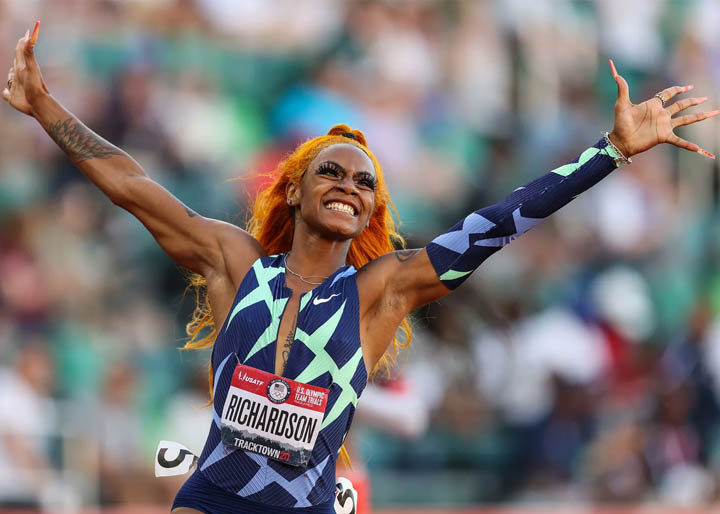 Track star Sha’Carri Richardson quickly won over a legion of fans last month when she sprinted into first place at the 100-meter competition, securing herself a spot at the Tokyo Olympic Games. The 21-year-old runner’s performance made her an early darling of the upcoming Games; her incredible speed (10.86 seconds!) even earned her the moniker of the Fastest Woman in America. After qualifying, she ran straight into her grandmother’s arms.

Just a couple weeks later, though, her 2021 Olympics future was thwarted. Here’s what you need to know.