The First Congress on the Prevention of Doping in Sport 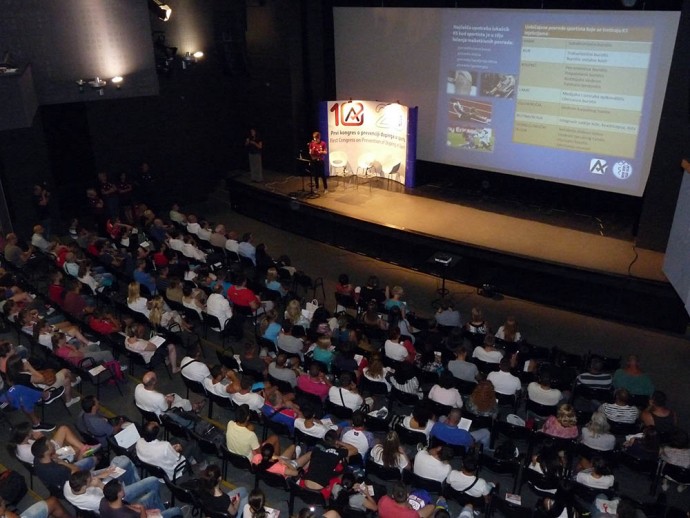 The First Congress on the Prevention of Doping in Sport was successfully held, in Belgrade on 07.07.2015. The Congress was organized by the Anti-Doping Agency of the Republic of Serbia and the Sports Medicine Association of Serbia. The Congress was attended by over 400 athletes, sports officials, coaches and doctors. Particular interest was caused by the testimony of Nikola Radjen, in which he admitted using of cocaine and told the athletes to take care not to repeat his mistake, because yearslong reputation and trust could be lost in a moment.

During the Congress, there were presented the 9 original scientific work, and held sessions on sports law, as well as, sessions on the role of pharmacists and team doctors.

Abstract Book and videos with lectures can be viewed on the website of Sports Medicine Association of Serbia www.smas.org